Puzzled, the girl turned to her grandmother:

The girl is my nearly-five year old niece.

And this is how she discovered that her aunty is deaf.

Oh, she knew that my ears don’t work.

She knew to face me when speaking to me.

She knew I teach her how to talk with her hands.

Doing Words, she calls it.

Either way, she’s actually very good at it.

She knew that, whenever she asks to speak to me on the phone, she’s always told she can’t.

Because my ears don’t work.

And so she discovered what ears that don’t work mean.

They mean that I can’t hear.

For the rest of the day, and the days that followed, I would catch her looking at me.

How was it possible that I didn’t hear the sounds she did?

“Can you hear that door slam outside?” she’d ask me, turning to look out of the window.

Or, “Can you hear my baby brother clapping his hands over there?”

As if, by asking enough, she could somehow get the sounds to me.

It broke my heart to see the crestfallen look on her face every time I had to say,

A few days later, her grandmother took her to an activity day.

My niece managed to cut out two holes for her eyes to see through.

Which was all that was necessary.

Except for one dragon, that is.

She began cutting out a third hole.

“I’d better cut a hole for my mouth.  Otherwise Aunty Memem won’t know what I’m saying.  She needs to see my lips because she can’t hear.”

She’d tried to change the fact that I couldn’t hear.

But she realised that she couldn’t.

So she changed what she could.

And I know from past observation that little fingers find scissors quite tricky.

Yet she persevered with the third.

She could do something to help me.

So she decided that she would. 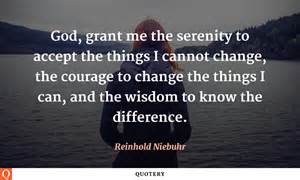 It turns out that dragons with mouths are really rather lovely…

4 thoughts on “Out of the Mouths of Dragons”